Marco’s Pizza, a top 12 chain in the U.S. to open in Atascocita

Marco’s Pizza is NOW HIRING, bringing them one step closer to opening. — Applications appear to be available at the new location.

Buildout of the new Marco’s Pizza is underway at 7203 Atascocita Rd, Next to Smoothie King in Atascocita.

Headquartered in Toledo, OH, Marco’s Pizza (Marco’s Franchising, LLC) is the fastest-growing pizza company in the U.S. (based on the number of stores signed into development since 2007). Marco’s was founded by native Italian, Pasquale “Pat” Giammarco, and is committed to making authentic italian pizza with fresh ingredients. The company has grown from its roots as a beloved Ohio brand to operate more than 470 stores in 33 states, and the Bahamas.

Marco’s is now recognized as one of the top-performing restaurant franchises in the country.

In 2013 Marco’s Pizza added 109 new stores and as of March 2014, has over 470 stores in 33 states, doubling in size over the last five years. More than 1500 new Marco’s locations are on their way, which means the company will quadruple its store count in the next few years. 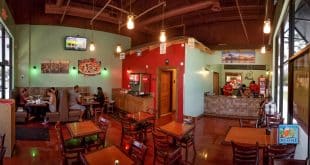 HKA Texas was created by, is designed, and maintained by The Texas Network